The Prince District RCMP is asking for the public's help locating a missing 28-year-old man from Lennox Island, PEI.

Jamie Sark was last seen on August 21, 2021, between 11 a.m. and 12 p.m., near Mosquito Path in Lennox Island. He was reported missing to police on August 25. Police have followed up on several leads to try and locate him, but so far have been unsuccessful. Police and his family are concerned for his wellbeing.

Anyone who has information on the whereabouts of Jamie Sark, or who may have seen him since August 21, is asked to contact the Prince District RCMP at 902-436-9300 or if you wish to remain anonymous, you can provide information to PEI Crime Stoppers in the following manner:

Date Posted: September 10, 2014
August 21, 2014
BURNABY - The BC Coroners Service, assisted by the Campbell River RCMP Detachment and BC
Police Missing Persons Centre, is seeking the public’s help in identifying a man whose remains were found in the Oyster River near Campbell River.
On Aug. 4, 2014, people snorkelling in the Oyster River came upon human remains lodged in a pothole near the Island Highway. The snorkelers notified authorities, and the RCMP dive team was able to recover the remains.
Preliminary anthropological examination has determined the remains to be those of a male,
between 21 and 35 years of age, most likely in his 20s. He was between 163 cm and 171 cm tall (5 feet, 4 inches to 5 feet, 7 inches). He died within the past six months, most probably within the past two months. In the past, he had fractured both clavicles (collarbones), probably in separate incidents, and his nose had also been broken at some time in the past.
Clothing found with the remains included a green t-shirt with the emblem “SPLIT” on the front.
Anyone with information which may help identify this man is asked to call:
• Regional Coroner Matt Brown at 250 356-9133
• Campbell River RCMP at 250 286-6221
Photos of the clothing recovered at the scene attached. 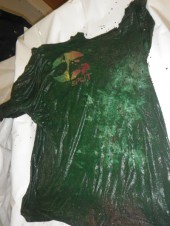 There is no evidence to suggest that Catherine has met with foul play but there is concern for her well-being. Officers request that Catherine or anyone with information on her whereabouts calls police at 902-490-5020. or Crime Stoppers at 1-800-222-8477, or submit a Secure Web Tip at hhtp://crimestoppers.ns.ca 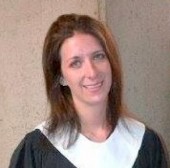 The body of the deceased male was discovered by a local fisherman in the Malpeque Bay 13 years ago on June 7th, 1997. The investigation at the time failed to identify the individual. The cause of death was determined as a "possible drowning." No match has been found with any missing person cases since the body was recovered.

On June 7, 2010 members of the RCMP Major Crime Section, assisted by the PEI
Coroners Office, exhumed the body of an unidentified person. The man, listed as John Doe, was taken from the Peoples Cemetery in Charlottetown for forensic examination to help determine identity and cause of death.

RCMP are hopeful that this examination, along with the assistance of the general public, will be able to determine the name of the deceased and circumstances of the death.

Steven O'Brien was last seen downtown Charlottetown late in the night of Saturday, March 20, 1993. He was wearing a burgundy L.L. Bean jacket with plaid inside, blue jeans and black shoes or sneakers. He left without his wallet, keys, or other personal effects.

Date Posted: November 20, 2009
The family of Theresa Ann Gregory (Byrne) are requesting the help of the public with any information on the June 21, 1982 disappearance of Theresa Ann from her home in Bangor, PEI.

There has been no contact with her children or her family for 27 years and all avenues in finding her have been exhausted by the police and family members.

The family believe that foul play led to her disappearance and wish to find her remains for proper burial. Investigator: S/Sgt. Ray McCORMACK - Kings District RCMP