Date Posted: November 29, 2019
The official cheque presentation to the winner of the Toonies for Youth draw held on Thursday the 14th of November, Gloria Myers. The presentation was done at the main entrance to Q93 Radio Station on Monday the 18th of November at noon hour. 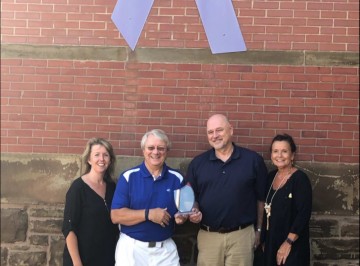 Date Posted: August 14, 2019
Timothy Young is a Charlottetown native who is presently starting his second year in a Bachelors in Film and Television Degree program at Sheridan College in Ontario. He has been covering PEI from tip to tip this summer to promote PEI Crime Stoppers.

His goal was to hit every store-front business in PEI to pitch the program, and to leave one of our two sided window stickers in the windows of each business. The purpose of the program is to increase awareness of the Crime Stoppers program to all Island Communities.

With only two weeks left in his time with us Timothy has reached out to over 1500 businesses across the Island. He has also helped us distribute Anti-Bullying posters to all Island schools and has been participating in our Parade Schedule this summer as well. 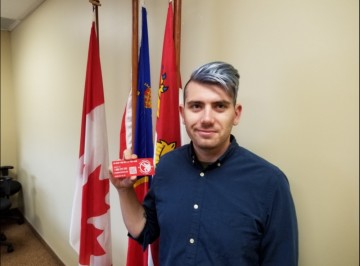 Unsolved Crime Publications, an organization dedicated to increasing awareness and raising funds for Provincial Crime Stoppers Programs, is sponsoring another Telephone Appeal in the Province.


A minimum donation of $20,000 will be received by PEI Crime Stoppers to continue their important Crime-Solving Programs for the benefit of all Islanders.

Thank you for your cooperation.

2019 Police Officer of the Year Awards

Date Posted: May 14, 2019
PEI Crime Stoppers held it?EUR(TM)s annual Police Officer of the Year Awards Luncheon today at the Rodd Charlottetown Hotel. An award is given to one Municipal Police Officer and one RCMP Officer each year. The officers are nominated by members of the public and by co-workers and a panel of three judges review the nominations and decide on the winners.

The award is given to officers who go that extra mile in delivering Police Services to the public, both on and off duty. Most Police Officers go to work, never expecting awards of accolades. But some do the extra things that distinguish themselves from their peers.

We were joined today by the Hon. Bloyce Thompson, Minister of Agriculture and Land, Justice and Public Safety and Attorney General for the Province of Prince Edward Island to give some Opening Remarks and present the awards. 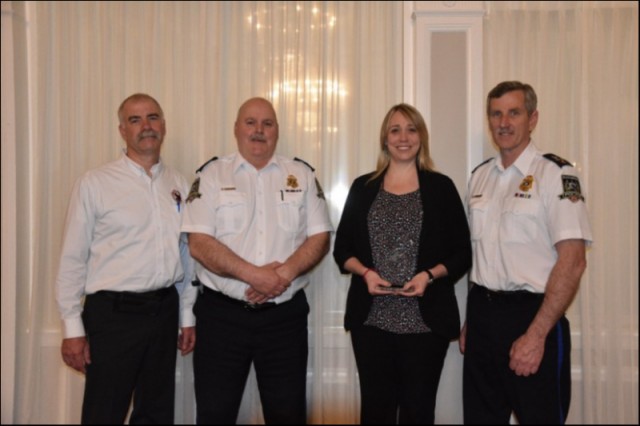 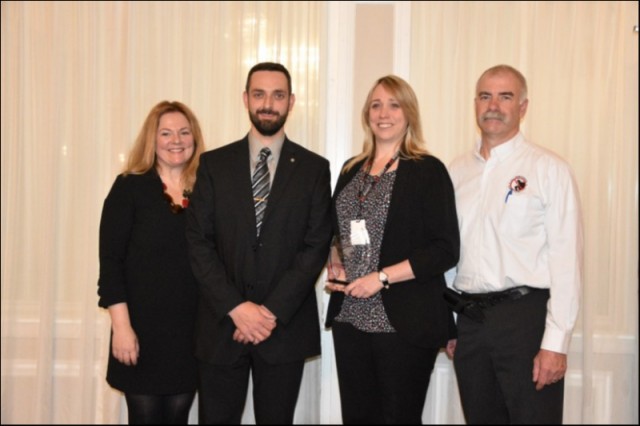 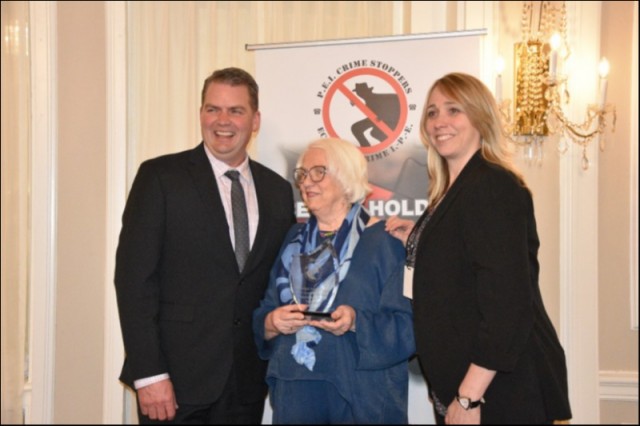 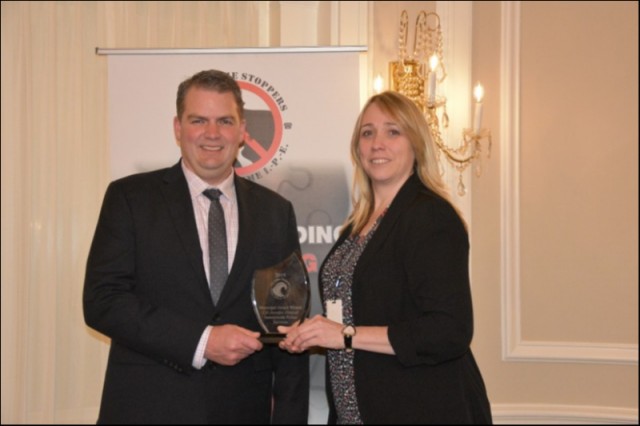 Winner of Municipal Police Officer of the Year, Cpl. Jennifer Driscoll of the Summerside Police Service, receiving her Police officer of the Year award from the Hon. Minister of Justice and Attorney General, Bloyce Thompson. May 13/2019 Charlottetown PE 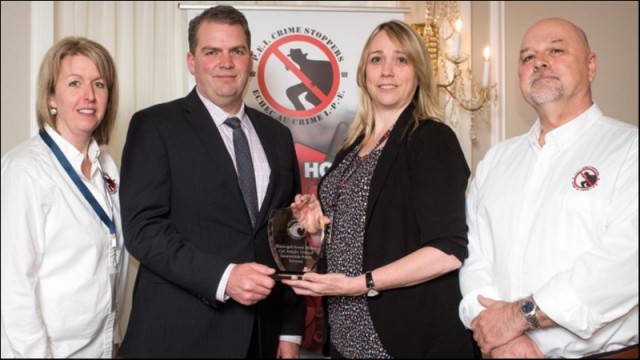